-The City of Garland is working with customers during these difficult times. Although Customer Service is not currently disconnecting for non-payment, we anticipate resuming collection related activities on or about June 15. We strongly encourage customers to contact Utility Customer Service at 972-205-2671 or CustServ@GarlandTX.gov to discuss their situation. Please include your service address and account number in any correspondence.

-The Duckworth Utility Services Building is closed until further notice. In-person payments can be made at the Utility Payment Drive-Thru (717 W. State St.) from 8 a.m. to 6 p.m. Other utility payment options are also available.

In its fourth year, GP&L’s seven-year project to convert City-owned streetlights to light-emitting diodes (LEDs) is on track. Currently, 55 percent of GP&L’s 16,000 streetlights have been converted.

The project, which is targeted for completion in 2022, began in south Garland and is working its way north. Median lights are replaced first, with the installation of residential lights a year later. See map below for conversion schedule.

LED lights can reduce streetlight energy consumption by as much as 70 percent, are expected to last longer – up to 10 years – than traditional lighting, and provide the community with a modern, consistent appearance.

Along with the new lights, GP&L is using an operations management system that immediately notifies crews of LED streetlight outages or issues.

These streetlight upgrades are in the GP&L service area only. 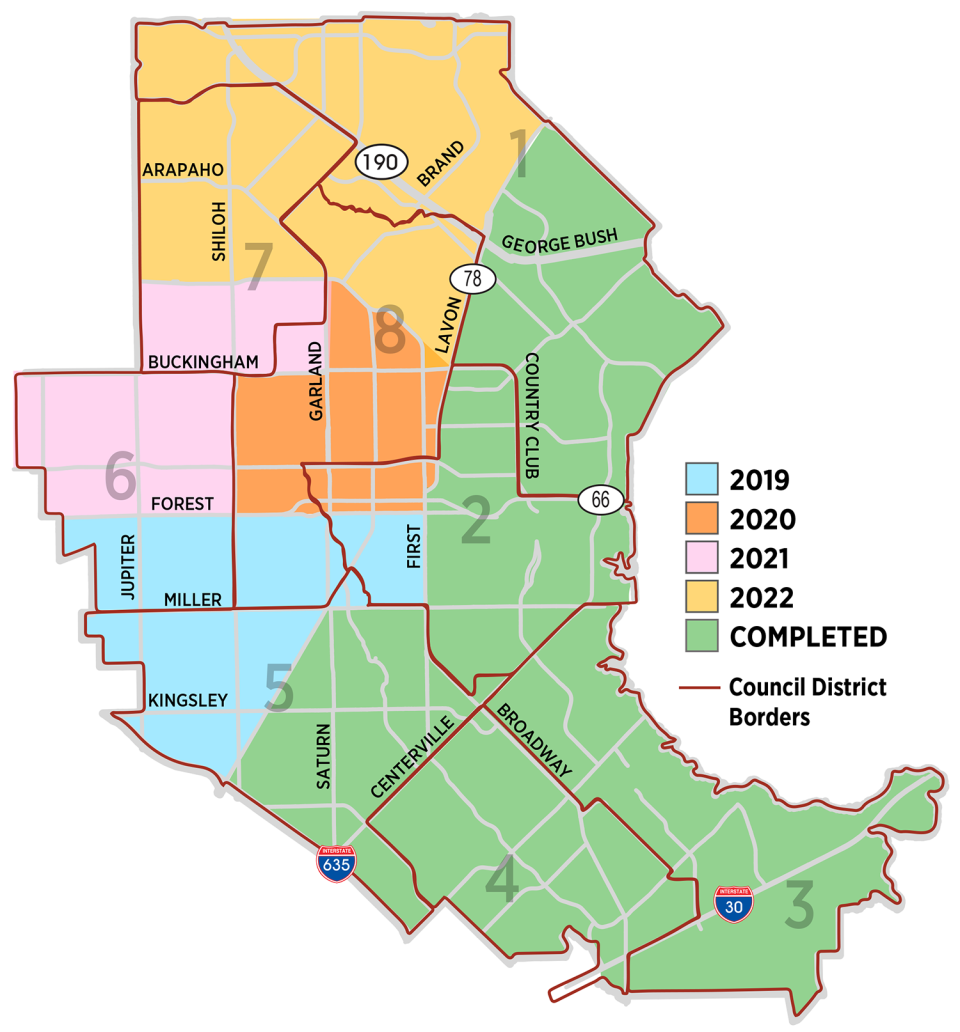